In this post we will guide you through the five best (most useful at least!) 5 aside football tricks and skills. Helpful if you are the new Ronaldo or just trying to keep up with the rest of the lads this will might help in your next match.
Jump to section

When it comes to football, there is no doubt that one of the best parts of watching a game is the individual creativity, skill, and flare that each player brings to the pitch. World-class players and amateurs alike come up with new football tricks every year, allowing them to get out of some seriously sticky situations (all whilst spicing up the game).

Whether you’ve been playing for years or have just started out, you’ve probably heard of some of the more famous football tricks.

From the Maradona Turn to The Chop, the Scissor Kick, and the Around the World, the list is literally endless.

Well, despite the fact that we don’t have the time (or knowledge) to give you a full list of football tricks, we’ve compiled some of the most famous ones in this article so that you can learn some new skills to bring to the pitch. 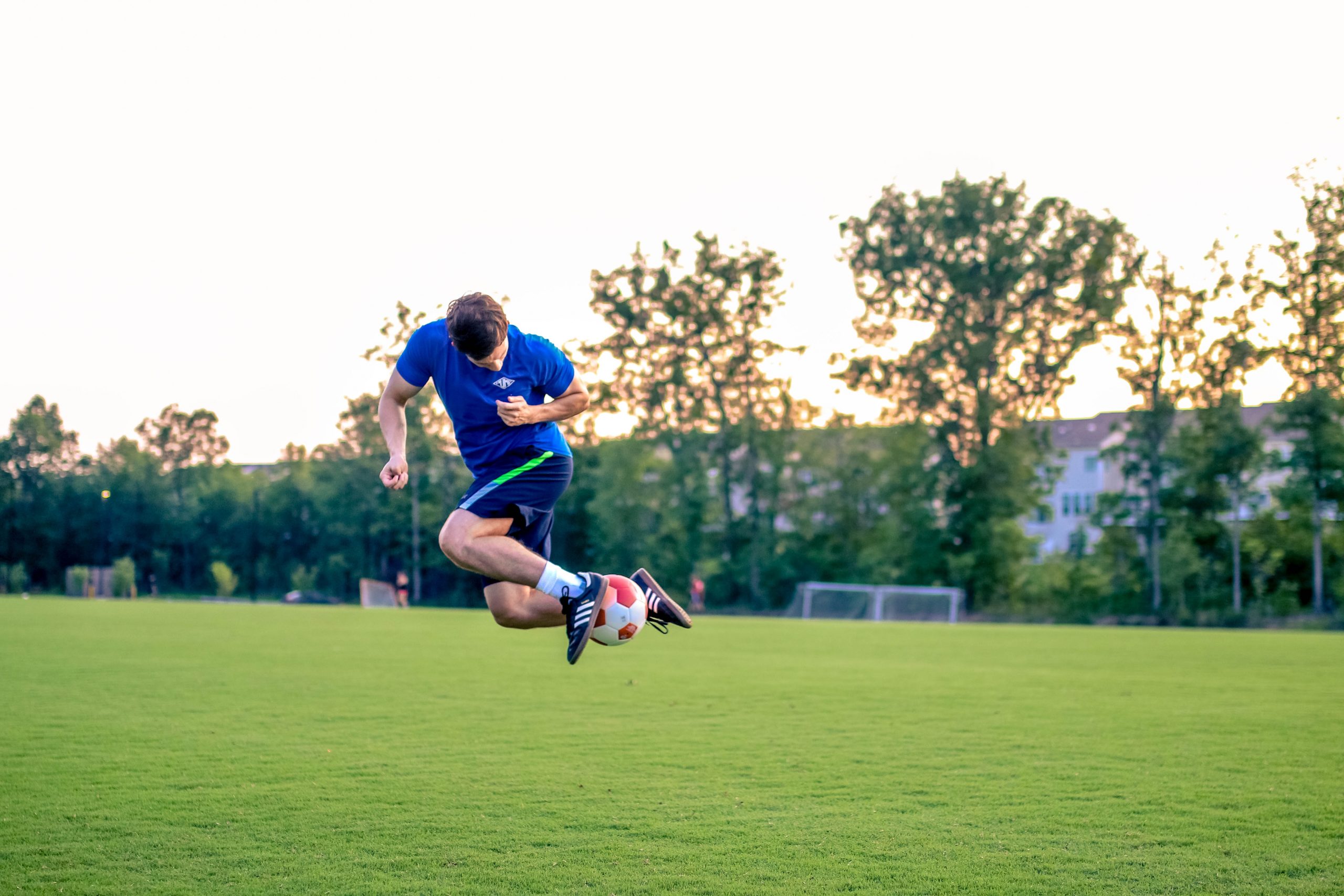 More helpful reading: 5 a side football near me.

In this list, we share 10 football tricks that can help you take your game to the next level while giving you a little flare on the pitch.

Number one on our list of football tricks has to be the Cruffy Turn. The Cruyff Turn is, of course, named after the legendary Ajax, Barcelona and Netherlands player Johan Cruyff.

Cruyff was as innovative in his playing days as he was in his coaching roles (his ‘total football’ managerial philosophy remains hugely influential today).

What is the Cruyff Turn?

This move is all about changing direction when the ball is rolling forward. You start off by first stepping in front of the ball with your standing foot. Then, bring your strong foot towards the ball and tap it through your legs with the inside of the foot. You then finish the move by sprinting after the ball.

Make sure to keep your knees bent and use your upper body for the turn to sell the effect even more. 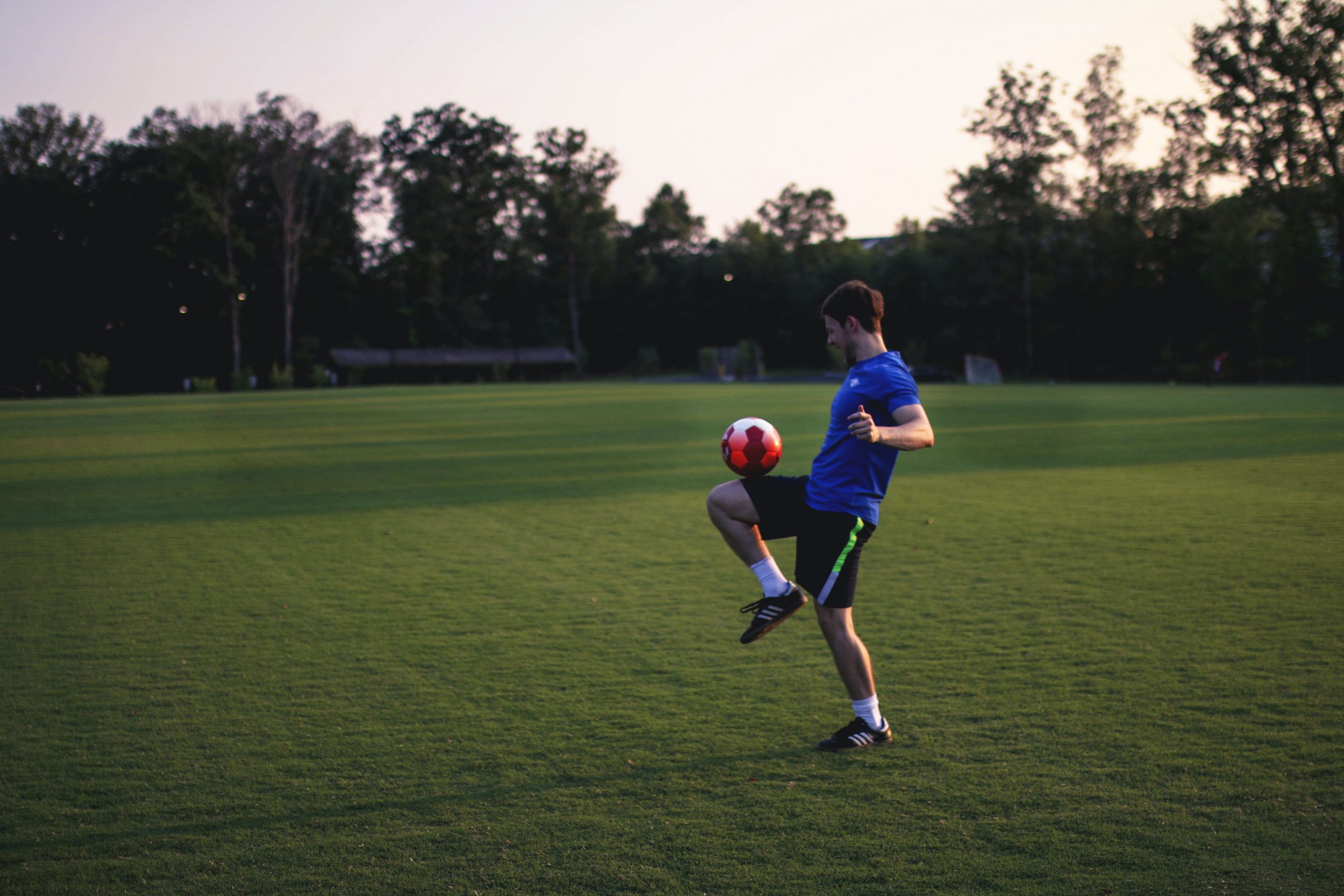 Number two on our list of football skills and techniques is unofficially called the drag pack.

This is a great move if you’re stuck in a tight situation with your opponent right in front of you. When the ball is in front of you, start off by dragging it back with the sole of your strong foot.

Then, as the ball goes behind your standing foot, you simply tap it 90 degrees with the inside of your strong foot and run after the ball.

It’s one of the most effective basic football skills that can also be used for passing the ball to your teammate. 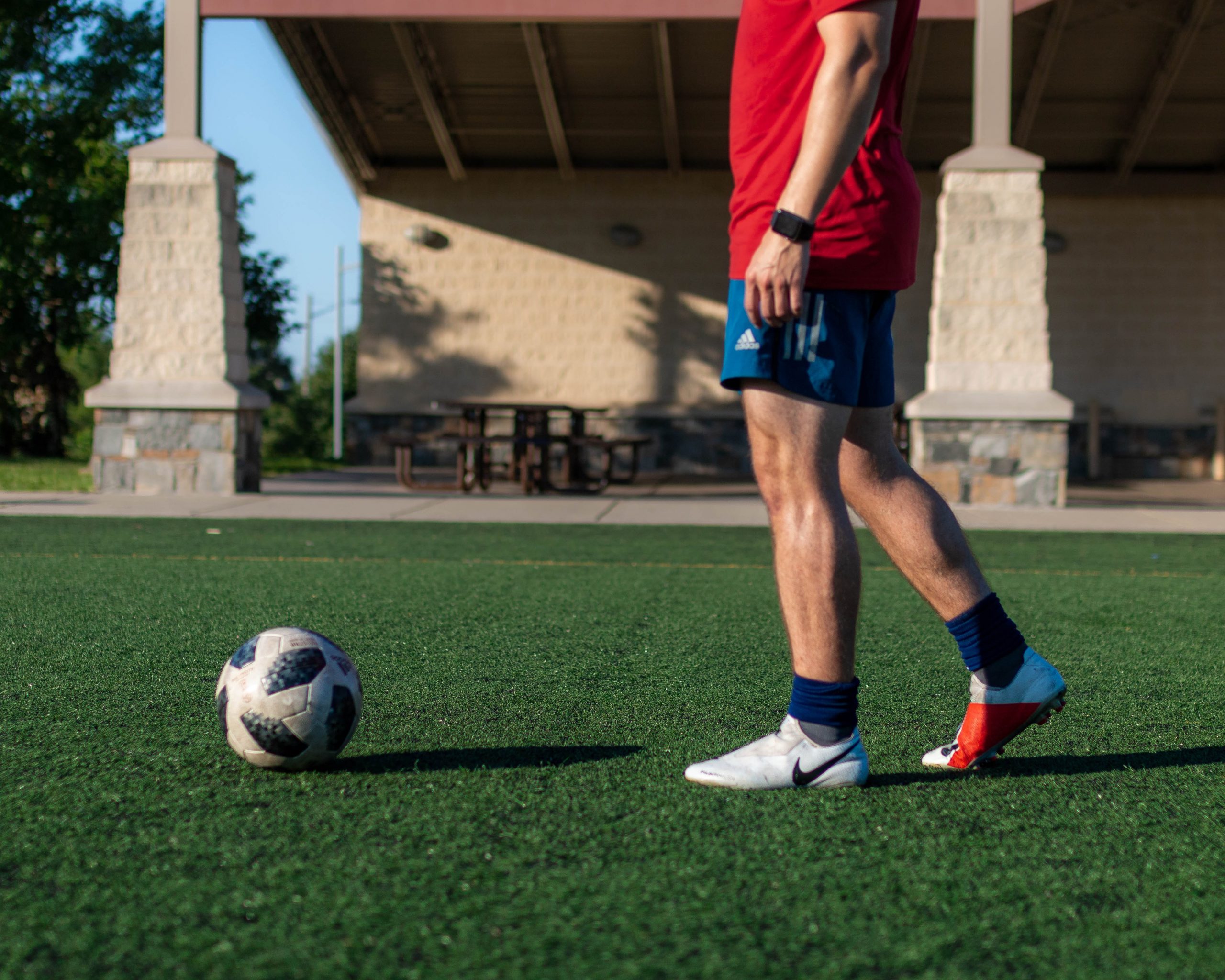 3. The Classic Step Over

Number three on our football skills list is the classic step over. In most cases, this is one of the first 101 football tricks that players learn and, the point of the stepover is to make your opponent think you’re going one way before suddenly changing direction.

The move is really simple. All you have to do is use your weak foot to make a full circle around the ball and, just as you place your foot back on the ground, tap the ball to the opposite direction with the outside of your strong foot.

Once again, the key here is to drop your shoulder and use your upper body to make it look like you’re heading one way before leaving your defender confused (and in the dust). 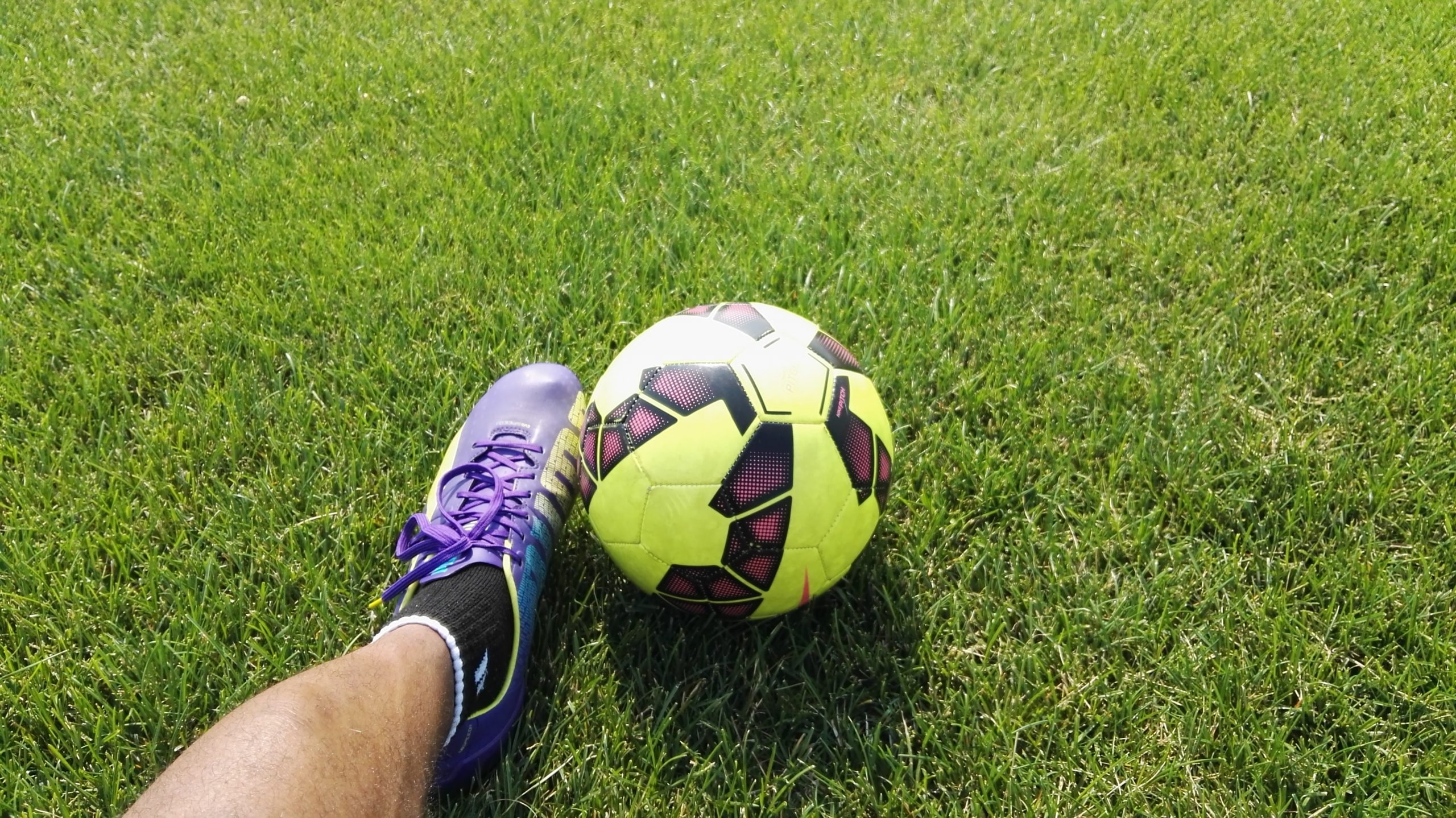 Number four in this list of football tricks is unofficially called the roll and it really is one of the most basic yet effective skills in football.

This move works the best when your defender tries to attack for the ball and you simply roll it out of his reach.

If the ball is slightly on the right side in front of you, you want to roll the ball with your right foot (and vice versa if you’d prefer to roll with your left foot) as you need to approach the ball with the inside of your foot first.

Again, it’s not the flashiest feel in the world but you’ll be surprised how many pro players rely on this very basic skill in football. 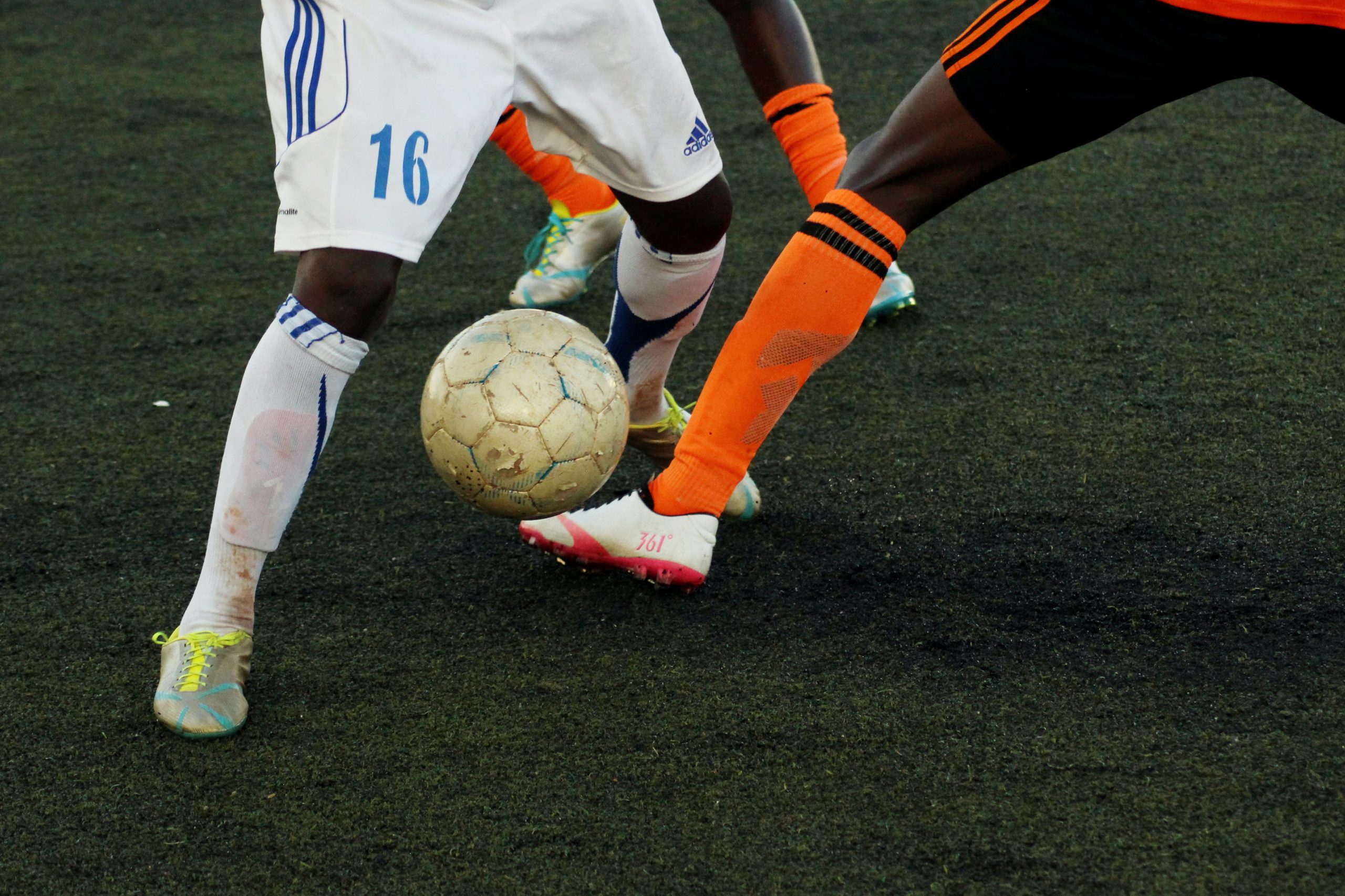 5. The Step Over Turn

Number five on our list of football tricks is the Step Over Turn that, just like the Christ Turn, should be used for changing direction when your defender is breathing down your neck.

Start off by swinging your strong foot over the ball before placing it firmly on the ground in front of the ball.

Then, use the same foot to tap the ball in the opposite direction with the outside of your foot.

Needless to say, it’s absolutely crucial to bend your knees and use your upper body if you want this trick to work.

The Step Over Turn looks cool, it’s super basic and you might just break some ankles with it if you perform it correctly. 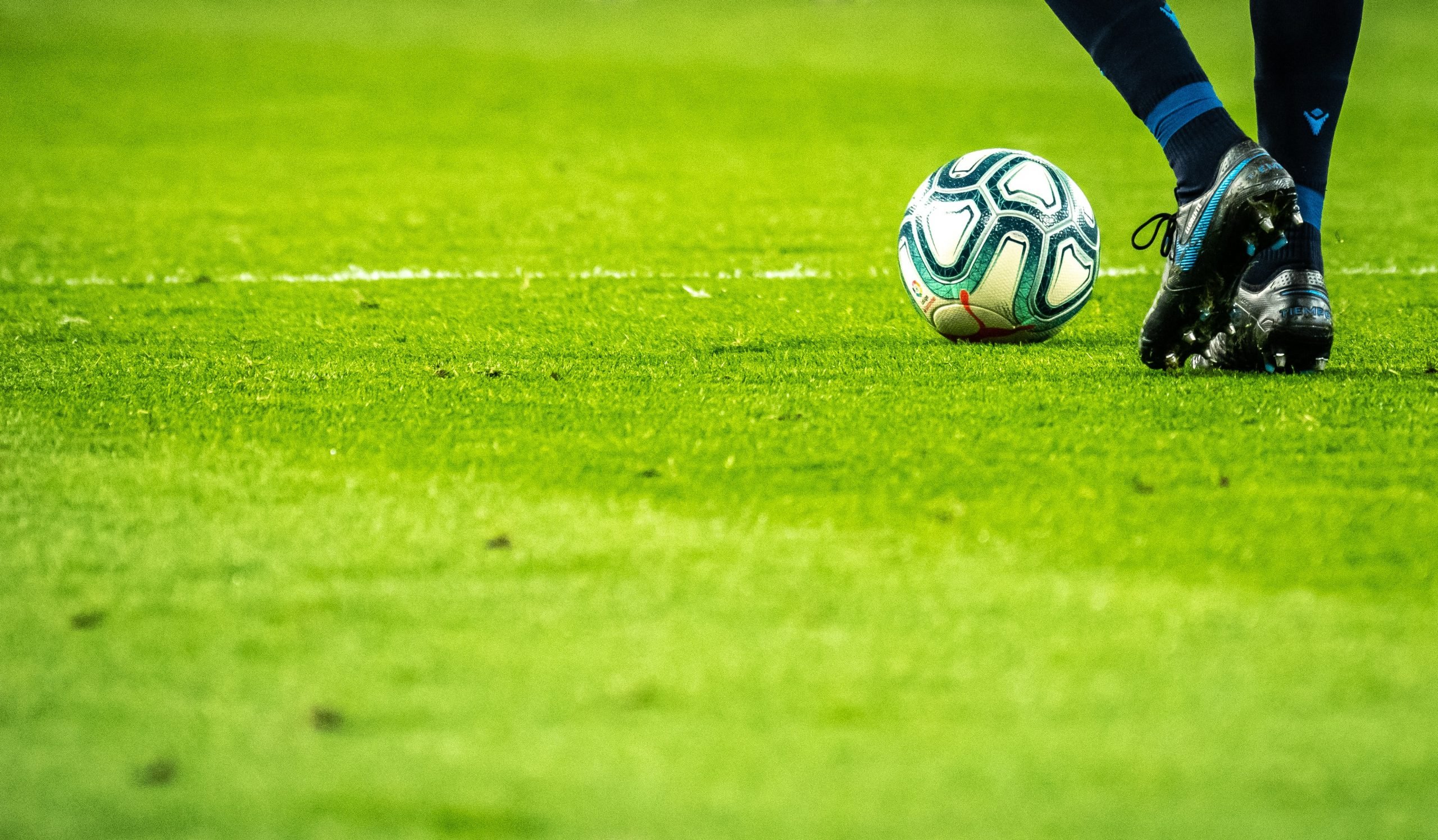 6. The Around the World

The Around the World has to be one of the most famous football tricks in the book. But, pre-warning, it’s not the easiest (or the most useful during a game for that matter!)

To start, stall the ball on your foot, then push it up, and quickly lift your foot around the ball. Once you get the hang of it, you can practice lifting your foot around one way, and then the other. You can even hop with your standing leg slightly for a more dramatic and impressive effect.

This is a pretty hard trick so you’ll want to start practising the Around the World trick off the pitch first.

Get used to how it feels doing these movements and once you’re comfortable, bring your new football skills and tricks to the pitch with you to impress (and frustrate) your opponents.

If you’re practising your Around the World trick and the ball is falling faster than you can get your foot around it, you’re moving your foot too late.

Be sure to start moving your foot around the ball at the same time as you toss the ball up in the air.

Focus on technique, not speed!

You could be the fastest player in the world but if you never work on technique, you won’t go far. Practice tricks without the ball to start so you really focus on the leg work rather than where the ball is going. 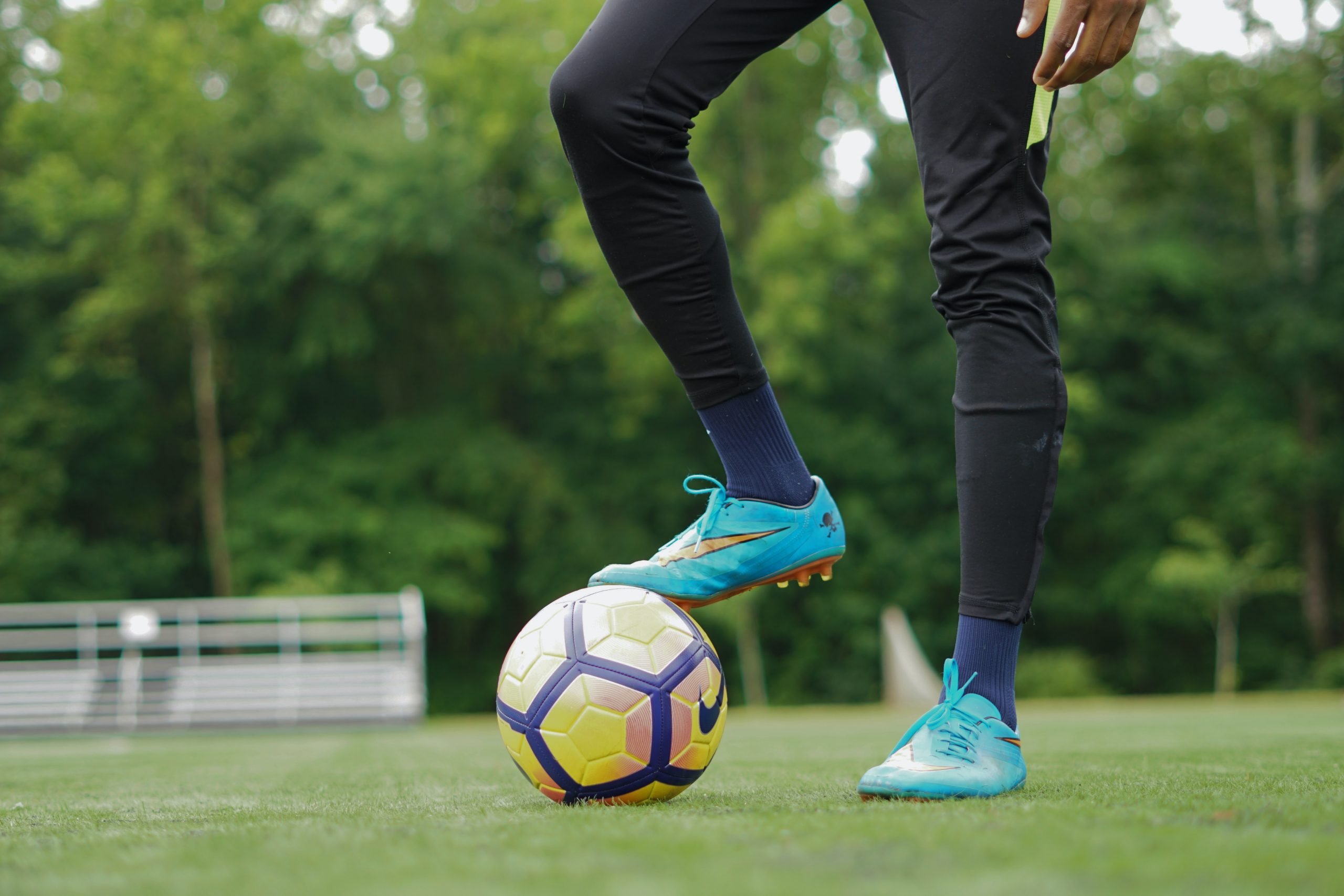 Ever seen a striker fling themselves in the air backwards, powering the ball into the back of the net? If so, you’ve witnessed the beauty of the Scissor Kick.

This has to be one of the most spellbinding skills of football. It offers everything from flare to skill, finesse, and athleticism. It’s essentially the ultimate trick!

While Pele is best known for his Scissor Kicks, Wayne Rooney is also famous for his goal in the Manchester Derby and Gareth Bale also scored a Scissor Kick during the Champions League in 2018.

Leave this one to the pros!

It’s worth mentioning that you probably shouldn’t try a Scissor Kick at home unless you know you’ve got the skill to pull it off safely!

This awesome football trick may be impressive but, when done in the wrong circumstances, could lead to a serious injury (and months off the pitch). 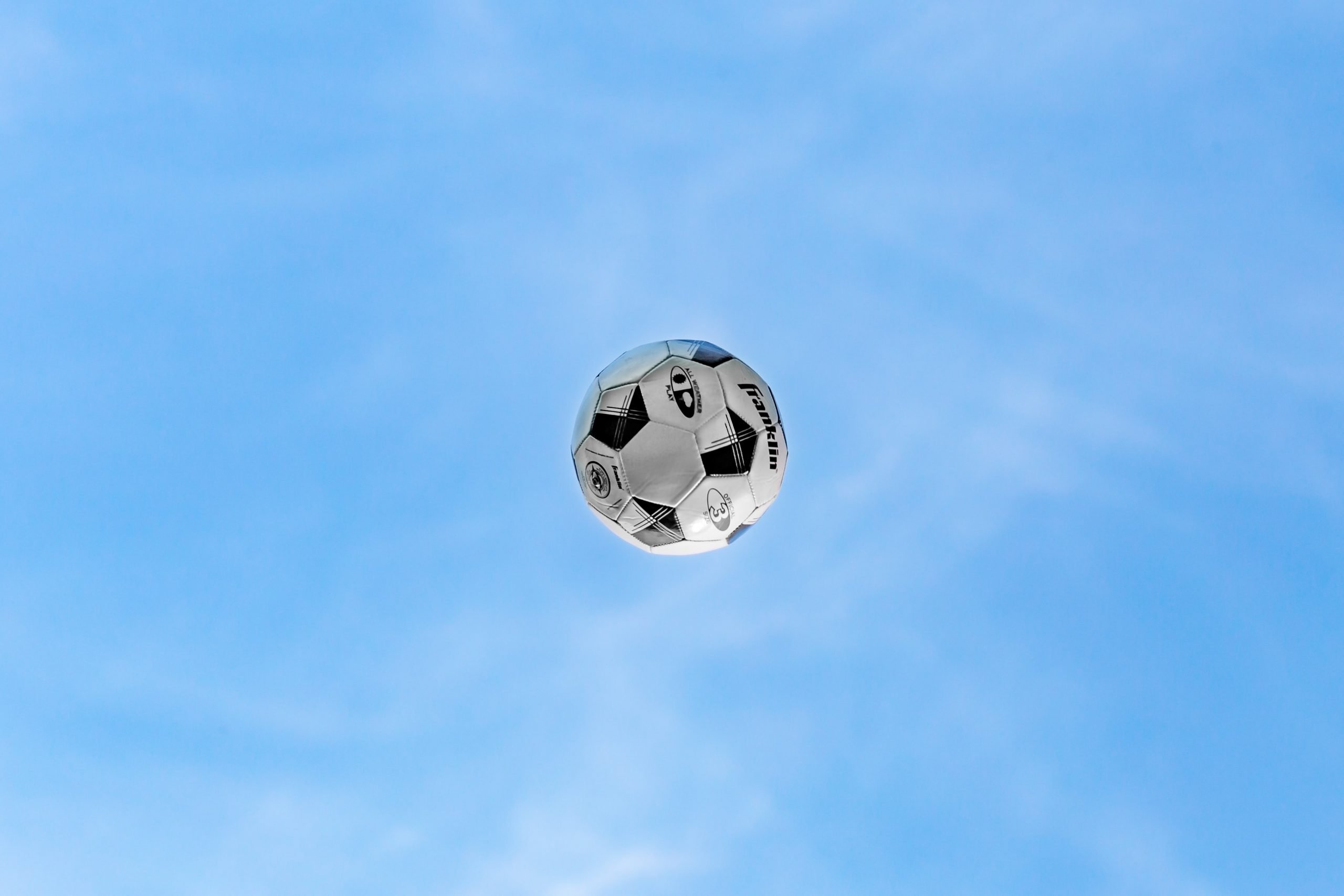 Looking for something fun and relatively simple to practice at home? The Slap could be just the football trick you’ve been looking for.

Simple, effective, and highly satisfying, the Slap is a must for amateur footballers.

To do this trick, start with the ball between your ankles. Then, roll the ball to the outside of your non-dominant foot.

At this stage, you need to keep the ball between your feet so that your dominant foot crosses over behind you.

Now, this is where the magic happens…

Once you have the ball wedged between your feet, roll it back and quickly snap it up to your shin. Then, flick it into the air and you’ve got yourself a Slap!

If you want to master this football trick, we highly recommend you leave the ball to one side for the time being. Instead, use a small object to jump over. This can be a cone, a shoe, or whatever else you have around at the time.

Start by putting your feet together and jumping over the object. Try and do this while only moving your lower body. I.e. your upper body should stay to one side while your legs move to the other.

Once you feel comfortable doing it over your random object, practice with the football.

Now that you feel comfortable with the jump, move onto the next stage of practising the jump and release, WITHOUT the ball.

Get used to how this football trick feels and, when you feel good, incorporate the ball into your jump and release but leave out the kick.

From there, practice the entire movement with the kick, leaving out the ball. And, when you’re happy to give the whole thing a real shot, introduce the ball into the movement.

This trick may not have quite the flair that others do but it’s a mean shot to play during a game so practice with a friend defending you and watch your game go to the next level.

Can’t quite get it?

Struggling to get the ball far enough out to the side? If so, your timing of the release is off!

Take away the kick and practice your release with the ball. By practising the various elements of this football trick separately with and without the ball, you’ll become a pro in no time. If you are still struggling try turning your backyard into a football field and practice there!

10. Drag Across Your Standing Foot Pick Up

Last but not least, if you’re looking for a fun but challenging football trick to do during practise or to show off in front of your friends, the Drag Across Your Standing Foot Pick Up is the trick for you!

This is another one of those football tricks you can also practice without a ball first to gain a little confidence. Once you’ve got the gist of it, introduce the ball into the movement and, of course, don’t be surprised when all of your hard work pays off and the trick actually works!

Practice this trick on short grass or concrete to start off. You need to make sure that your foot isn’t buried in long grass otherwise, the ball won’t pop up after bouncing against your boot. You may even want to try out this trick wearing normal running shoes, to begin with.

Our Final Words of Wisdom…

You’re going to fall. There will be blood, sweat and tears. But, you’re also going to learn new football tricks that give you a serious advantage over your opponents so stick with it and laugh it off.

The best way to improve your game is to find a team that you can practice with. At 5aside.com™ Ultimate 5 A Side Football Leagues, we have a number of 5aside football leagues, offering you the ultimate 5aside experience.

From real-time, in-depth statistics to player profiles, and pitchside scoreboards, we get everything organized so that you can invest your energy into playing the game you love!

So, hopefully, you enjoyed and learned some new football tricks to practice on and off the pitch. If you’re in London or its surroundings and are ready to join a league, contact us today! Our friendly team will be more than happy to match you up with a team we know you’ll love!

5 a side football near me
(London league finder)

COVID update
Rules
About us
Blog